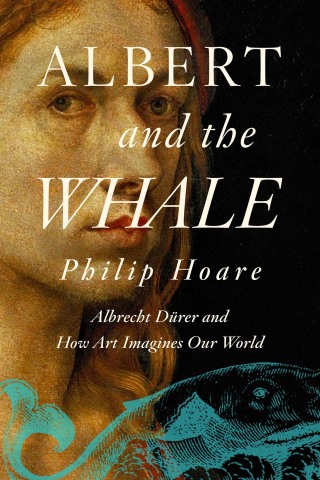 Albert and the Whale

Albrecht Dürer and How Art Imagines Our World

An illuminating exploration of the intersection between life, art and the sea from the award-winning author of The Whale.

In 1520, Albrecht Dürer, the most celebrated artist in Northern Europe, sailed to Zeeland to see a whale. A central figure of the Renaissance, no one had painted or drawn the world like him. Dürer drew hares and rhinoceroses in the way he painted saints and madonnas. The wing of a bird or the wing of an angel; a spider crab or a bursting star like the augury of a black hole, in Dürer's art, they were part of a connected world. Everything had meaning.

But now he was in crisis. He had lost his patron, the Holy Roman Emperor. He was moorless and filled with wanderlust. In the shape of the whale, he saw his final ambition.

Dürer was the first artist to truly employ the power of reproduction. He reinvented the way people looked at, and understood, art. He painted signs and wonders; comets, devils, horses, nudes, dogs, and blades of grass so accurately that even today they seem hyper-real, utterly modern images. Most startling and most modern of all, he painted himself, at every stage of his life.

But his art captured more than the physical world, he also captured states of mind.

Albert and the Whale explores the work of this remarkable man through a personal lens. Drawing on Philip’s experience of the natural world, and of the elements that shape our contemporary lives, from suburbia to the wide open sea, Philip will enter Dürer's time machine. Seeking his own Leviathan, Hoare help us better understand the interplay between art and our world in this sublimely seductive book.

Philip Hoare: Philip Hoare lives and works in Southampton, UK.  His nine books of non-fiction include biographies of Noël Coward and Stephen Tennant, and Oscar Wilde’s Last Stand. His book The Whale won the 2009 BBC Samuel Johnson Prize, and was followed by The Sea Inside and RISINGTIDEFALLINGSTAR.  He is professor of creative writing at the University of Southampton, and co-curator of the online projects, the Moby-Dick Big Read and the Ancient Mariner Big Read.  He is a frequent visitor to Cape Cod, and will often be found in the sea. Twitter @philipwhale