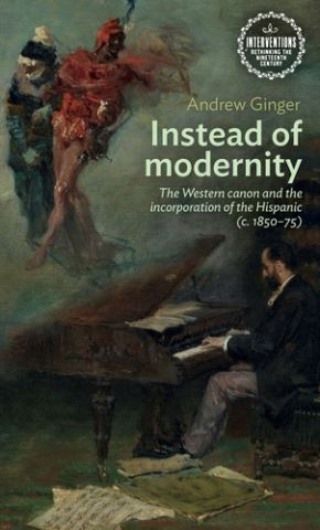 The Western canon and the incorporation of the Hispanic (c. 1850–75)

This book revisits the claim that a key dimension of cultural modernity – understood as a turn to the autonomy of the signs and the erasure of the 'face of man' - arose in the mid-nineteenth century. It presents an alternative to that obsession, focusing instead on the aesthetic appreciation of forms through which connections are realised across place and time. The book is one of few to offer a comparative approach to numerous major writers and artists of this period over diverse countries. Specifically, the comparative approach overcomes the constitutively ambiguous relation between the modern and the Hispanic. The Hispanic is often imagined as at once foundational for and excluded from the modern world. Its reincorporation into the story of the mid-century unsettles the notion of modernity. The book offers instead an experiment in writing, tracing commonalities across place and time, and drawing on mid-century expressions of such likenesses.

Andrew Ginger: Andrew Ginger is Chair of Spanish and Head of School of Languages, Cultures, Art History and Music at the University of Birmingham