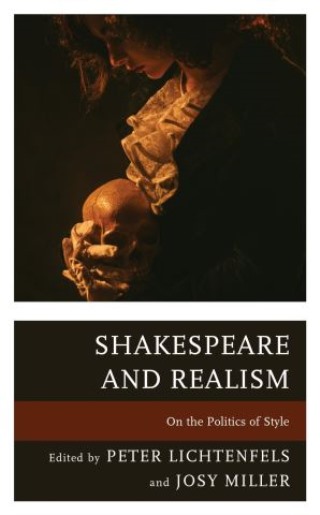 On the Politics of Style

This collection of essays examines the works of the most famous writer of plays in the English language within the most culturally pervasive genre in which they are performed. Though Realist productions of Shakespeare are central to the ways in which his work is produced and consumed in the 21st century-and has been for the last 100 years-scholars are divided on the socio-political, historical, and ethical effects of this marriage of content and style.

The book is divided into two sections, the first of which focuses on how Realist performance style influences our understanding of Shakespeare’s characters. These chapters engage in close readings of multiple performances, interrogating the ways in which actors’ specific characterizations contribute to extremely varied interpretations of a single character.

The second section then considers audiences’ experiences of Shakespearean texts in Realist performance. The essays in this section-all written by theatre directors-imagine out what might constitute Realism. Each chapter focuses on a particular production, or set of productions by a single company, and considers how the practitioners utilized critically informed notions of what constitutes “the real” to reframe what Realism looks like on stage.

This is a book of arguments by both theatre practitioners and scholars. Rather than presenting a unified critical position, this collection seeks to stimulate the debate around Realist Shakespeare performance, and to attend to the political consequences of particular aesthetic choices for the audience, as well as for Shakespeare critics and theatre artists.