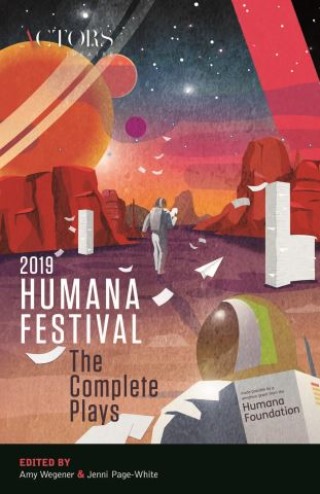 The Humana Festival of New American Plays has been a leading home for extraordinary playwrights and their imaginations for more than four decades, making Actors Theatre of Louisville one of the nation’s preeminent powerhouses for new play development. For six weeks every spring, Louisville exerts a gravitational pull on producers and theatre lovers from around the country, who travel from far and wide for the adventure of seeing a diverse slate of fully-produced new plays. Many Humana Festival plays have gone on to garner awards and subsequent productions, making a sustained impact on the international dramatic repertoire.

Humana Festival 2019: The Complete Plays brings together all five scripts from the 43rd annual cycle of world premieres, featuring a remarkable array of work by some of the most exciting voices in the American theatre. This anthology makes the Humana Festival plays available to an even wider audience, allowing readers to experience the collision of perspectives, styles and stories that makes the festival such an invigorating celebration of the art form. This compilation features the full-length plays Everybody Black by Dave Harris; The Thin Place by Lucas Hnath; The Corpse Washer, adapted for the stage by Ismail Khalidi and Naomi Wallace, from the novel of the same name by Sinan Antoon; How to Defend Yourself by Liliana Padilla; and We’ve Come to Believe, a collaboratively-written play by three writers—Kara Lee Corthron, Emily Feldman, and Matthew Paul Olmos.