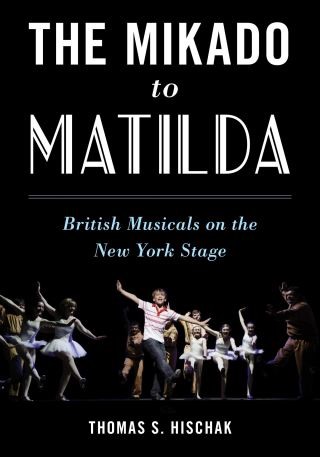 The Mikado to Matilda

In The Mikado to Matilda: British Musicals on the New York Stage, Thomas Hischak provides an overview of British musicals that made their way to Broadway, covering their entire history up to the present day.

This is the first book to look at the British musical theatre with reference to those London musicals that were also produced in New York City. The book covers 110 British musicals, ranging from 1750 to the present day, including the popular Gilbert and Sullivan comic operettas during the Victorian era, the Andrew Lloyd Webber mega-musicals of the late twentieth century, and today's biggest hits such as Matilda.

Each London musical is discussed first as a success in England and then how it fared in America. The plots, songs, songwriters, performers, and producers for both the West End and the Broadway (or Off Broadway) production are identified and described. The discussion is sometimes critical, evaluating the musicals and why they were or were not a success in New York.