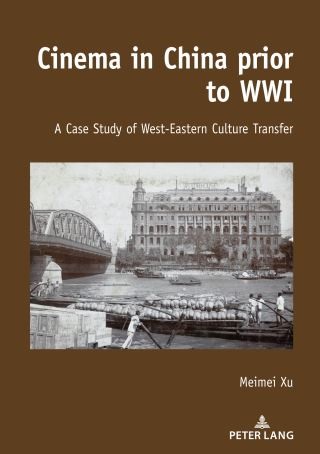 Cinema in China prior to WWI

This book looks at the earliest history of exhibiting firms in China at the turn of the
century. The spread of cinema in China as a continuation of the lantern tradition is
contextualized and conventionalized in the late Qing sociopolitical milieu, featuring
a strong foreign monopoly and regional imbalance. However, the key element for
cinema’s development in China is Chinese audience per se.

“The book has produced something truly remarkable and tremendous.”
—Frank Bren

“The work offers a lot of new insights into the history of the cinema in China. Though
the film business was brought from abroad to the mainland, the candidate was never
nationalistic in her approach to the phenomenon of foreign entertainment in China.”
—Wolfgang Kubin

“The author painstakingly combed through a large number of historical newspapers,
especially English-language newspapers published both in and outside China, and
pieced together a convincing picture of the earliest history of Chinese cinema.”
—Xuelei Huang

Meimei Xu: Meimei Xu is a sinologist who currently works as an assistant professor at the school of Journalist and Communication in Nanjing University, China. She got her philosophical doctoral title from Bonn University, Germany.Her main research field is film study, pre-modern Chinese history and German media study. She published a number of peer-reviewed papers in academic journals and attended a wide range of international conferences. She recently published a translation work entitled Li Hongzhang in Western Press, and her ongoing project is about early Western variety troupes touring far East in the late 19th century.