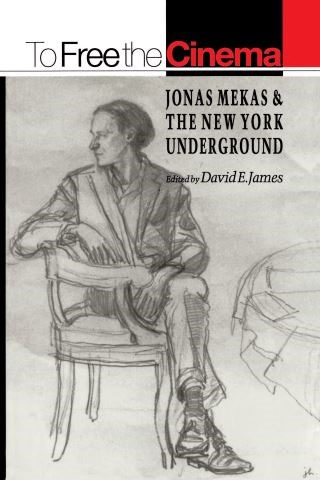 To Free the Cinema

Jonas Mekas, one of the driving forces behind New York's alternative film culture from the 1950s through the 1980s, made for an unlikely counterculture hero: a Lithuanian emigr and fervent nationalist from an agrarian family, he had not grown up with either capitalist commercialism or the postwar rebellion against it. By focusing on his sensitivity to political struggle, however, leading film commentators here offer fascinating insights into Mekas's career as a writer, filmdistributor, and film-maker, while exploring the history of independent cinema in New York since World War II. This collection of essays, interviews, and photographs addresses such topics as Mekas's column in the Village Voice, his foundation and editorship of Film Culture, his role in the establishment of Anthology Film Archives and The Film-Makers Co-op (the major distribution center for independent film), his interaction with other artists, including John Lennon and Yoko Ono, and finally the critical assessment of his own films, from Guns of the Trees and The Brig in the sixties to the diary films that followed Walden. The contributors to this volume are Paul Arthur, Vyt Bakaitis, Stan Brakhage, Robert Breer, Rudy Burckhardt, David Curtis, Richard Foreman, Tom Gunning, Bob Harris, J. Hoberman, David E. James, Marjorie Keller, Peter Kubelka, George Kuchar, Richard Leacock, Barbara Moore, Peter Moore, Scott Nygren, John Pruitt, Lauren Rabinovitz, Michael Renov, Jeffrey K. Ruoff, and Maureen Turim.