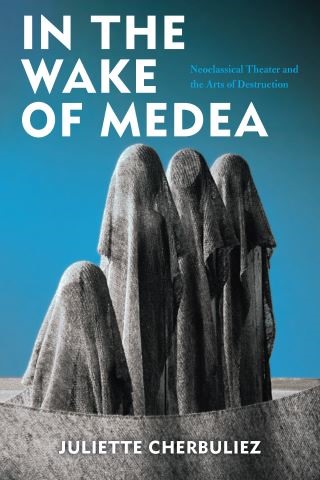 In the Wake of Medea

Neoclassical Theater and the Arts of Destruction

In the Wake of Medea examines the violence of seventeenth-century French political dramas. French tragedy has traditionally been taken to be a passionless, cerebral genre that refused all forms of violence. This book explores the rhetorical, literary, and performance strategies through which violence persists, contextualizing it in a longer literary and philosophical history from Ovid to Pasolini.

The mythological figure of Medea, foreigner who massacres her brother, murders kings, burns down Corinth, and kills her own children, exemplifies the persistence of violence in literature and art. A refugee who is welcomed yet feared, who confirms the social while threatening its integrity, Medea offers an alternative to western philosophy’s ethical paradigm of Antigone. The Medean presence, Cherbuliez shows, offers a model of radically persistent and disruptive outsiderness, both for classical theater and for its wake in literary theory.

In the Wake of Medea explores a range of artistic strategies integrating violence into drama, from rhetorical devices like ekphrasis to dramaturgical mechanisms like machinery, all of which involve temporal disruption. The full range of this Medean presence is explored in treatments of the character Medea and in works figuratively invoking a Medean presence, from the well-known tragedies of Racine and Corneille through a range of other neoclassical political theater, including spectacular machine plays, Neo-Stoic parables, didactic Christian theater. In the Wake of Medea recognizes the violence within these tragedies to explain why violence remains so integral to literature and arts today.

Juliette Cherbuliez: Juliette Cherbuliez is Professor of French and Italian at the University of Minnesota–Twin Cities, and Director of its Consortium for the Study of the Premodern World. She is the author of The Place of Exile: Leisure Literature and the Limits of Absolutism (Bucknell, 2005).