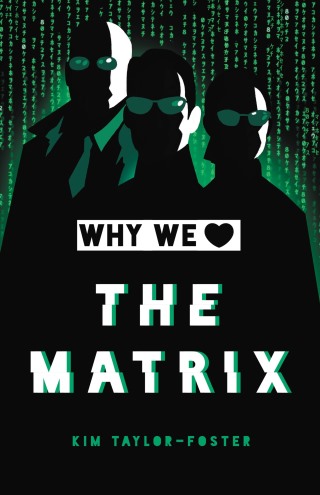 Why We Love The Matrix

Rediscover all the reasons you love The Matrix with this unique guide to the cult 90s sci-fi classic, filled with trivia, essays, and behind the scenes looks at characters, production, and so much more.

Whether you saw the movie in theaters in 1999 or watched it for the first time at home, there is no denying that The Matrix has had an immense impact on pop culture. A "must-see" of the science fiction genre and Why We Love The Matrix is the first and only guide that combines entertaining information about the history and making of the film with a celebratory look at all the different aspects that have helped solidify this as a beloved favorite of sci-fi fans.

Offering entertaining essays about the key features that have helped the film become the classic it is today—like the origins of the plot and characters, film techniques, and the philosophy behind the story—plus quotes, sidebars, and eye-catching two-color illustrations throughout, Why We Love The Matrix is a great gift for both casual and more serious fans of the movie and, let's face it, Keanu Reeves.

Kim Taylor-Foster: Kim Taylor-Foster is a film and television journalist based in the UK. Her work for globally celebrated media brands, including Fandom, IGN, the BBC, Guardian Media Group, and Clash, has led to her interviewing Neo himself, Keanu Reeves, on several occasions. Fans at San Diego Comic-Con may have seen her taking part in the Screen Junkies panel, or as a face on Screen Junkies News. When asked, she said she would take the Red Pill.